The book explains how the emergence of significant and persistent regional differences in partisan voting patterns in both presidential and congressional elections since the 1990s has had a profound effect on party politics in the United States. The American electoral system, with its geographically-defined voting constituencies and winner-take-all rules, has greatly magnified these differences when translating the preferences of citizens into electoral college outcomes and the partisan and ideological composition of Congress. The moderate Democrats formerly elected in large numbers from what are now the "red" states and the moderate Republicans who once represented the "blue" states are both disappearing from office, leaving increasingly polarized parties and an ever-shrinking scope of electoral competition. In an age in which the two major parties are closely balanced but each increasingly dominant across large regional subsections of the nation, the specific ways in which the geographic distribution of party support interacts with the rules of the American electoral process accounts for how our politics works—or doesn't work—in the 21st century. 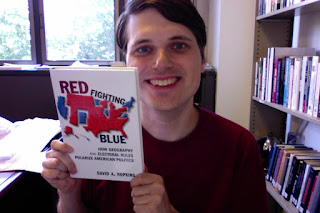